We introduce you the talented Laura Honse

My blog goes international. It will be the first time that it will be all in english. Today I am introducing a woman with a lot of character, who knows what she wants, who has traveled and who loves art. It's Laura Honse.
I love her sculptural jewelry. 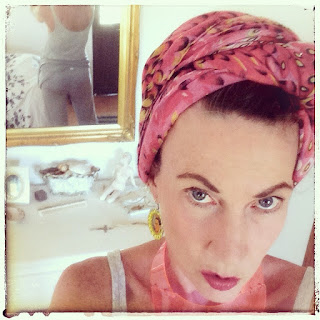 You are actually a photographer. What made you take up jewelry and what role does painting in your work?

I lived the first 17 years of my life in various countries overseas. When I was almost 18, my parents sent me back to the US to study at the Rhode Island School of Design. But during the second year, when I began to major in painting, I was told by the painting department that I was color blind and should study something else. I was forced to make another choice and I went into the photography department.

This was before digital photography and it was very old school. We spent our time in the darkroom, putting films onto rolls, developing and printing. My hands were always in chemicals and I experimented a lot in printing. Unfortunately, I did not find an academic atmosphere to be suitable for me. I felt stifled and I had culture shock. I did not feel that the US was my country.

Previously I had been 13 years in Brazil. While studying I bought a second-hand  analog Hasselblad with one lens. It was the only camera and lens I have ever used even after I moved to Germany. It was not until a few years ago when I arrived in Mexico and I did not have the top quality photography labs avaible to me any longer for analog work that I began to work digitally. But digital photography was somewhat of a dead end. It no longer involved the large format analog camera, rolls of film and darkroom work which all was a very hands-on process. Now it involves computer skills, and that is a technology that I do not particulary care for. I had a few shows in Mexico, but my experience with gallerists/museum directors was so traumatic that I no longer wanted to exhibit my work. 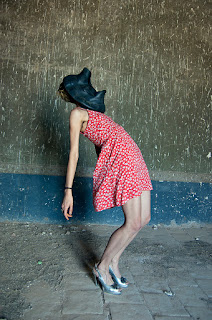 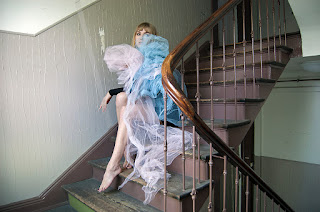 One day I saw a sign in a fashion store in the small town. I now live in, looking for people to paint clothing. I was interested in this direction that would lead me back to painting. So I did for awhile but the work conditions were horrifying and the pay terrible. I quit and started to paint two meter long rebozos with landscapes of nature or ocean flora and fauna. They were very time consuming but I came to realitze that I could still draw and actually paint. At this time I also began to make jewelry wich led me then working with hand painted paper. It was by pure chance that I began working four months ago with wood, when a friend brought me a drill back from the US.

Working with wood is very challenging as I have no skills in this area and am slowly learning on my own. I have no real studio, I work outdoors on the veranda when the weather permits. Besides the drill my only tools so far are a clamp and sandpaper. As in photography, I do not believe that the more equipment you have the necessarily better you will be. If you have the eye and soul of an artist you will be a good artist. Now, working with textiles, paper or wood I am able to incorporate my love for painting within what I do. But photography still plays a role in the shooting of my jewlery work and I also enjoy taking landscape photos around my home. I enjoy using phone apps extensively to enhance the quality of my photographs, it is a sort of darkroom. 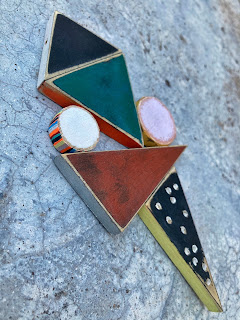 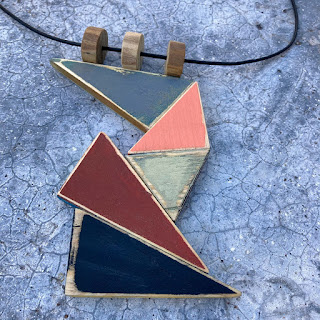 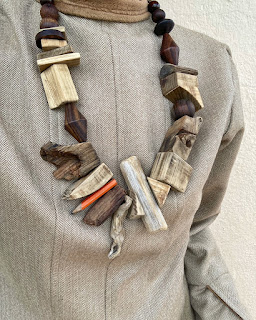 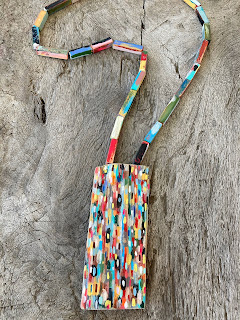 You discovered a world with ART BRUTE, right?

The french artist Jean Dubuffet created term ART BRUTE to describe art created outside the boundaries  of official culture,particularly by those outside of the established art scene. He began to collect art made my patiens in psychiatric hospitals. "Those works created from solitude and from pure authentic creative impulses -where the worries of competition, accalaim and social promotion to do not interfere- are, because of these very facts, more precious than the productions of professionals. After a certain familiarity with these flourishes of an exalted feverishness, lived so fully and intensely by their authors, we cannot avoid the feeling that in relation to these works, cultural art in its entirety appears to be the game of a futile society, a fallacious parade". -Jean Dubuffet.

"Art Brute artists have not or very little contact" to the art world and no training. Their goal is neither fame not wealth but pure creativity. I prefer to distance myself from the art world in order not to be heavily influenced. Art for me is a theraphy, and I want to speak my own language in creativity wich only comes from spending as much time as possible alone and setting the focus within. 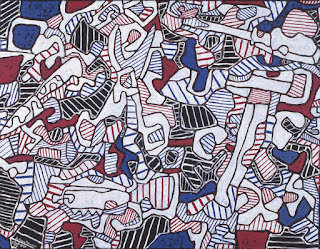 Does an artist have the ability to turn society around with her work?

Of course. Art introduces different perspectives and challenges norms. It has been used to bring about social and political change. It can change opinions, instill values and translate experiences. The end of the 19th Century and the beginning of the 20th saw the spread of a great cultural movement called Modernism, Symbolism, Surrealism, Cubism, Dadaism, Expressionism, etc... were groups that broke away from tradition and academic art. Their work was a form of rebellion and a questioning of society. The nazi party adopted the name "degenerate art" in the 1920s for all Modern Art but particulary Expressionism, and there were exhibitions of such work in Germany solely for the purpose of ridiculing and condemming it.

Artists were persecuted and their works destroyed. But none-the-less these artists had a tremendous impact on turning society around. It was probably the most exciting period in art history. 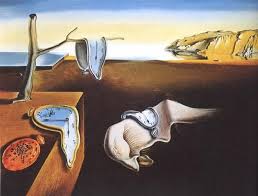 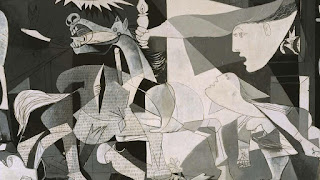 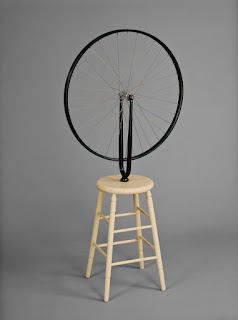 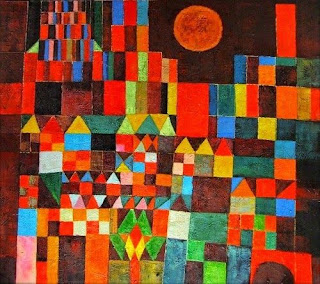