It's an honor to talk with an artist like Jonathan Holden, because his pieces are spectacular. Be as I would like to get designer jewelry pieces like these! 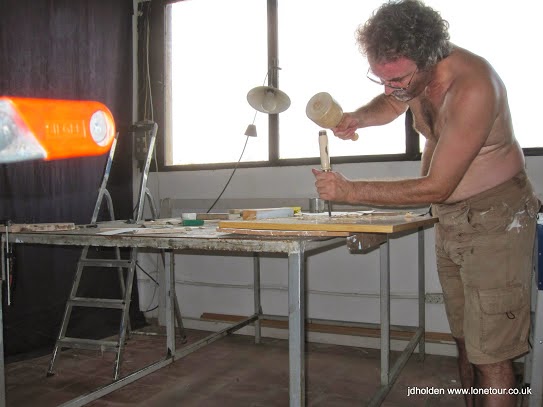 How did you enter the world of art?


When I was 17 I went to Glasgow and wandered aroung the art galleries and had afternoon tea. I saw Dali's "Christ of Saint John of the Cross" and Charles Rennie Mackintosh's house at the Hunterian Museum. I felt very comfortable in this world. It wasn't until I was about 35 that I started a Life Drawing Class in the UK, and then not until I moved to Barcelona in 2007 did I start working more seriously as an artist.


Christ of Saint John of the Cross 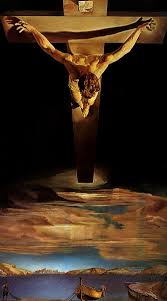 Are you methodical or misled by the creative process?

I'm definetly not methodical. I like to play with ideas, to see where I can take them. But I also like to have some constraints, some "rules" that give some structure to my work. Of course  then, I like to break the rules! 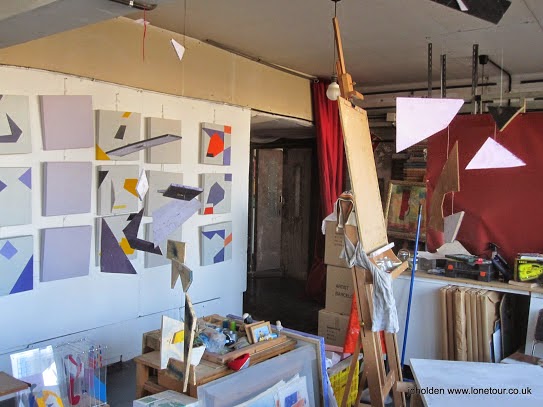 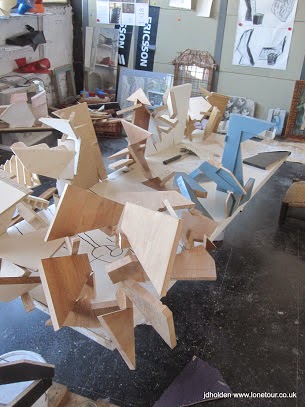 Did you studying religion help you to  shape your work, as did Greco?

What I remember most about studying religion at University was the "Iconography of Religions" of course. It was a presentation of religious ideas as see throught the art of Christianity, Hinduism, Judaism and Islam. The El Greco paintings really struck me as being amazing at which happened to use a religious theme. Modern art moved away from the traditional religious iconography, but it's an important tradition, so I'm happy to use it as a reference in my art. 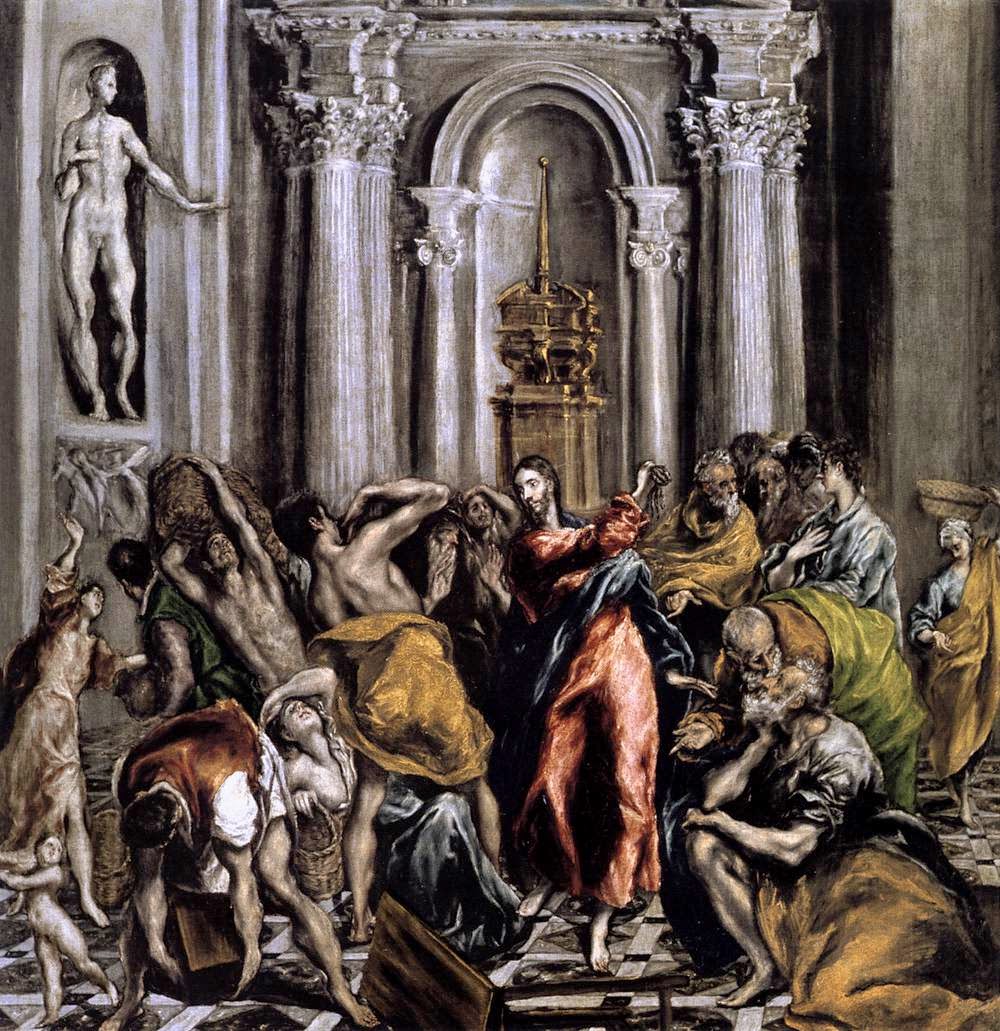 What attracted you from "The last Supper"?

This really came from the painting/sculpture/relief which I mentioned above. One of my rules for Abstract Heads is to make the original drawing from life. When I saw the three dimensional heads in this Last Supper I realised that I could bend this rule (though there are some who would say that one of the characters at the table is still alive!)

I interested in the traditions of art, and using them as a basis for moving forward. I don't believe that art should always be looking to destroy the past, to reject religious art just because we have found new subjects (or non-subjects) for art. Modern Art can just as easily have a traditional/religious/spiritual element to its theme, if the use of the media is moving in new directions. And that is what I am trying to do. 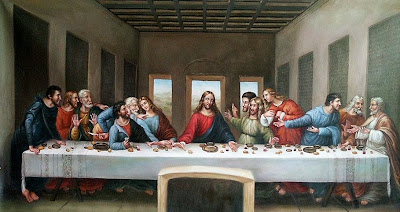 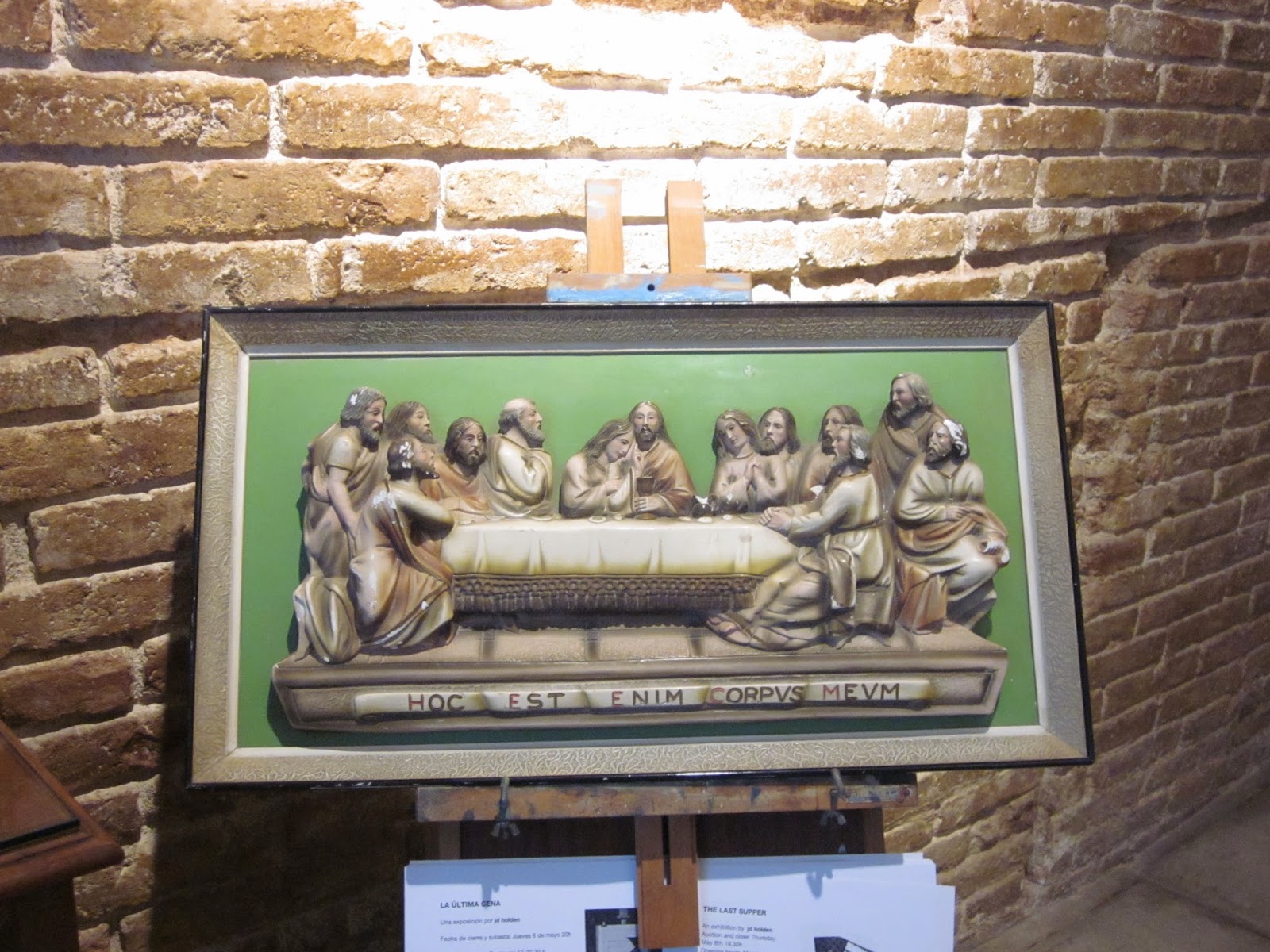 Do you usually make and sculpture and afterwards draws/paints it or the other way round?


With "The Last Supper" I was exploring the idea of how to represent the image of a sculpture without just talking a photograph.  Richard Serra creates engravings from his sculptures, and I thougt painting pictures of the sculptures would add a new dimension. I like to play with the "Modern" idea of "What is a painting? What is a sculpture" and see how these two areas of art interplay. 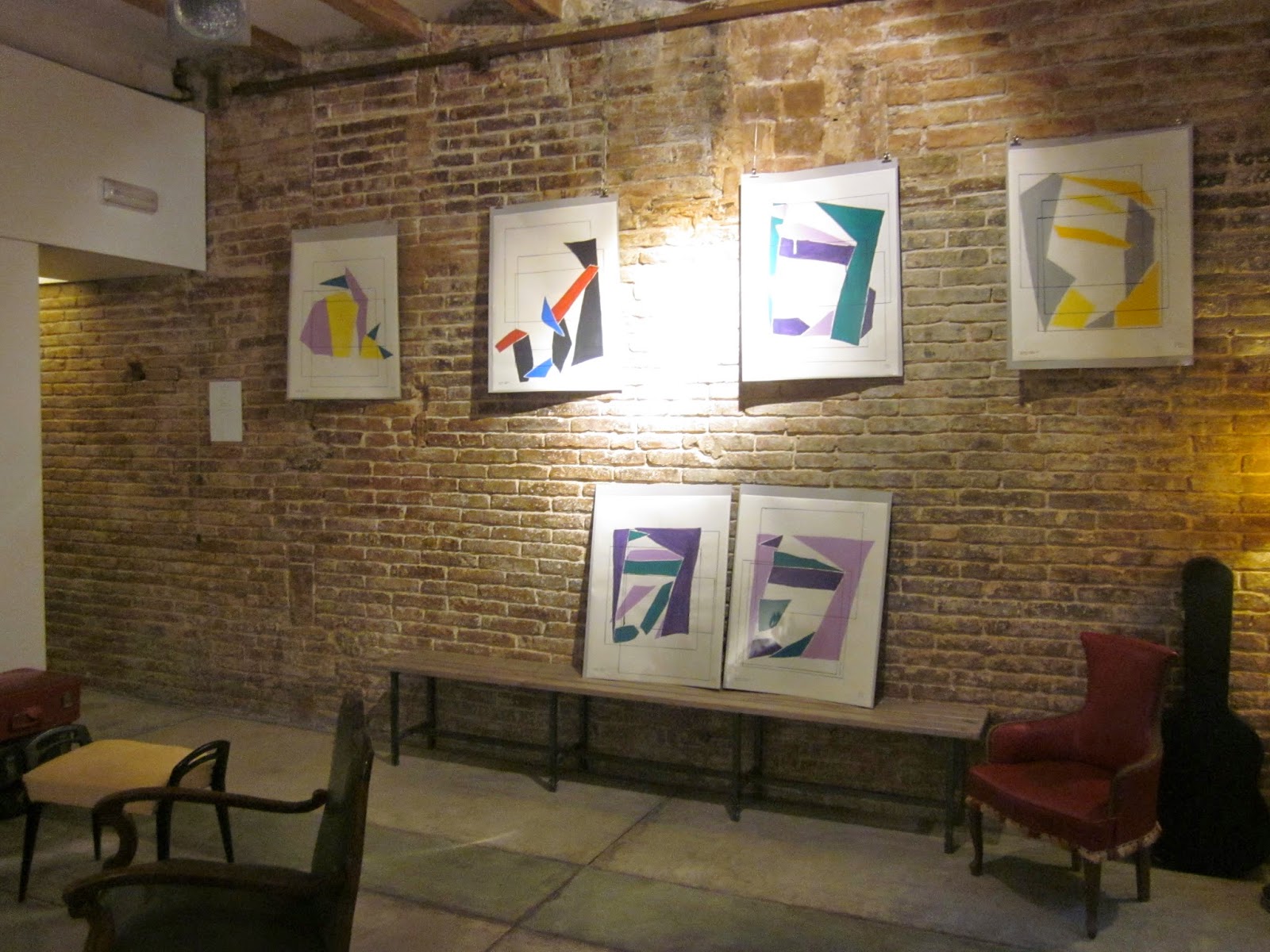 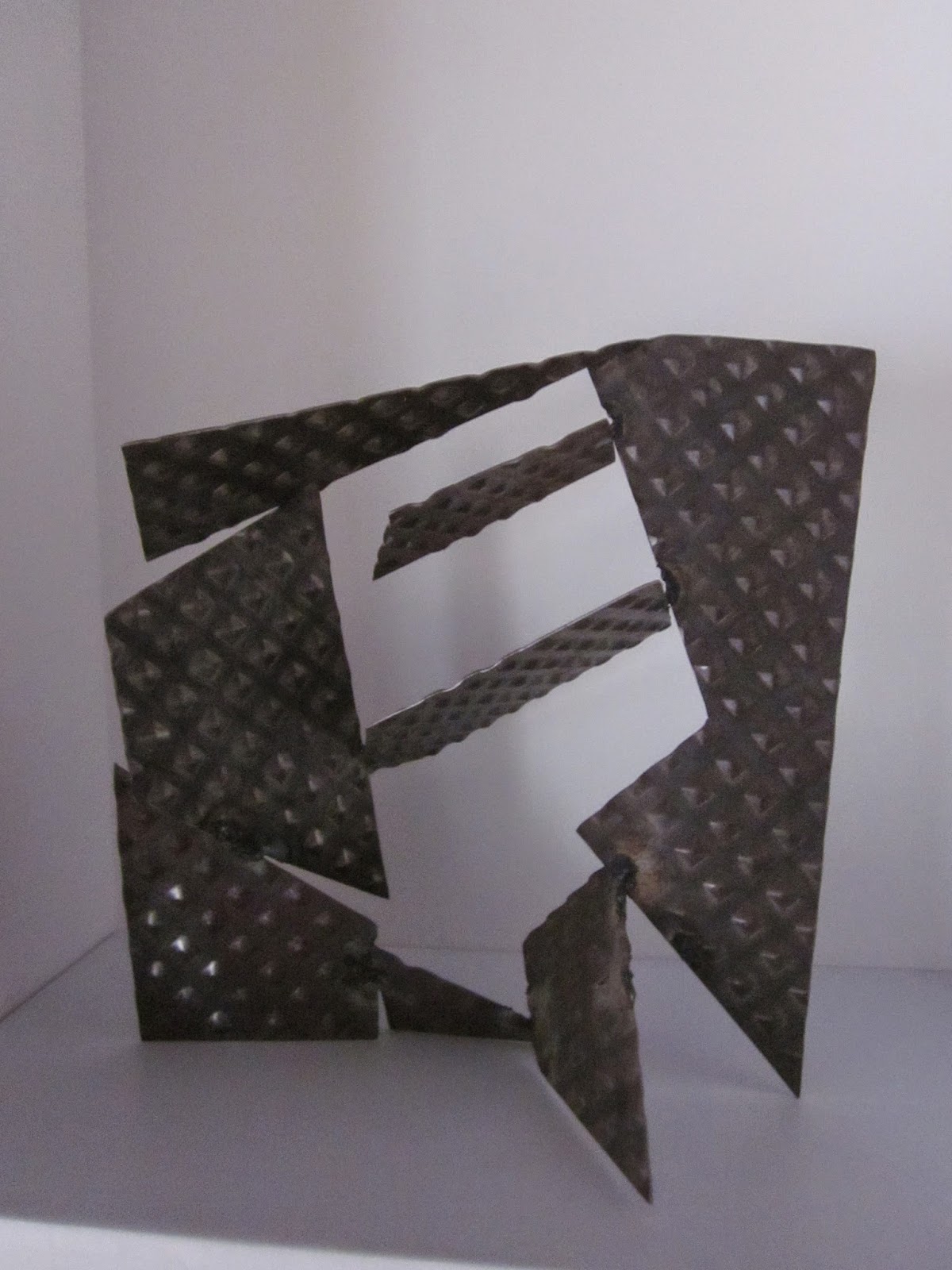 Please see the painting where there is yellow light it corresponds to sculpture.

Which authors influenced you the most and why?

Clement Greenberg, the American art critic and Robert Hughes, a critic who followed him.
I also love reading interviews with artists, as it gives a gook insight into their practice. I've spent a lot of time in the library at the Tàpies Foundation reading collection of discussions with artists. 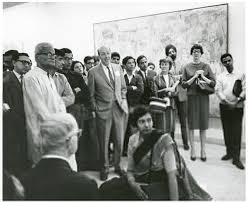 Clement Greenberg in a exhibition


The Library of the Tàpies Foundation 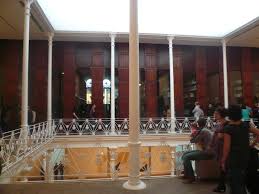 He cited as Piet Mondrian that he like. Great coincidence that I made two collections of jewelry (Mondrian and Petit Mondrian)!.

I guess he moved straight lines and precise Mondrian to move to transform them into 4 dimensions. 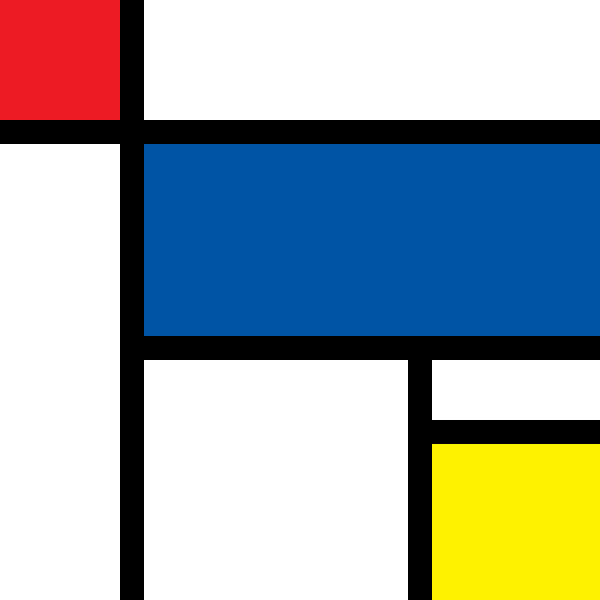 A painting by Piet Mondrian


Do you play with the volum to make a sculpture?

The sculptures in the "Abstract Heads" series start life as a flat surface with lines. They are lines that become planes that become volumes. I suppose the key with the Abstract Heads sculptures is that I have a mind the dimensions of a head, wich give them a certain form. I've never thought about this before and I suppose if you look at some of the sculptures in "The Last Supper" they are moving away from these "square" dimensions.


The other point is that the sculptures must be free-standing. As I weld them together, I have to make sure that they will balance phsically. In fact, it's a bit of a suprise when I see the finished sculpture, because I don't plan or design it first, it envolves out of the process of creation from the table ut.


The objects found in the street can become a work of art?


I'm not a big fan of "found object art" personally, but of course, anything can be art. Having said that, I have a series called "Groundworks" which looks at making fine art from the city environment. I wouln't want to make art from concrete blocks, but I do make art by printing concrete blocks onto paper. I like my art to look "Modern", but to be made via a "contemporany" practice. 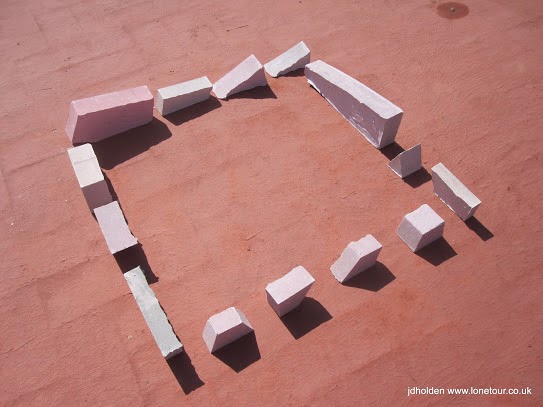 Please explain the experiment of carves wook 40 x 40... for me it's great!

This was the first iteration of "The last Supper", wich I made from pieces of old doors and other furniture which I found on the streets near my studio. It was my first large scale experiment with Abstract Heads sculptures, and delighted when I was able to exhibit it an "upper room" in the gallery Mezzanina in Gracia. It was a kind of homecoming for the piece, because the original painting/sculpture/relief was found on the streets of Gracia. 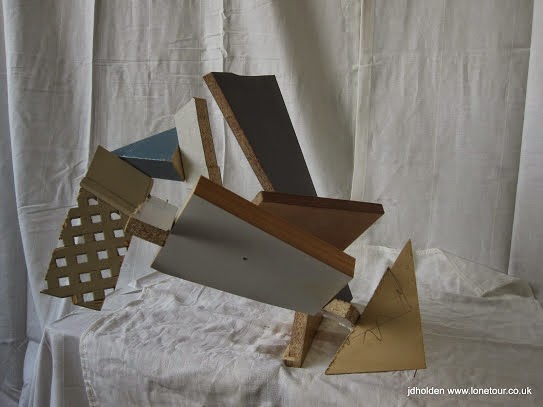 The pieces are very dynamic and with a great balance 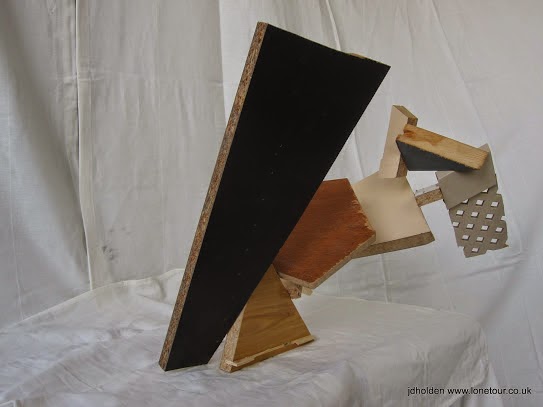 Barcelona is a fantastic city to live in as an artist. There is a real freedom here to create work. But in order to create the next work, artists need to sell the previous work. And this is the problem. There are bars and restaurants that will display work; there are spaces you can rent to put on a show. But at the moment, it's quite difficult to find a gallery to show my work. They are quite conservative. But there are some new iniciatives that the galleries are talking, and I really believe that Barcelona has the potential to be a world class centre for fine art, in the way that Berlin has been. 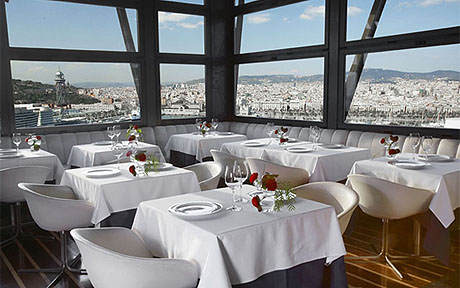 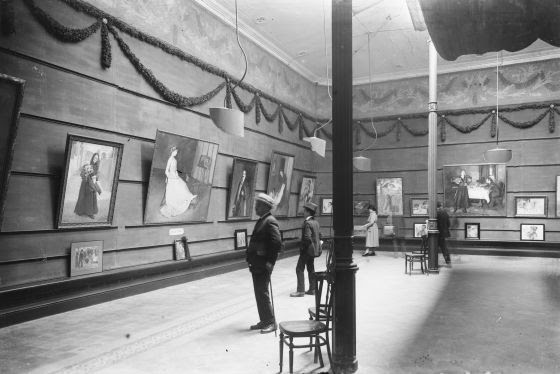 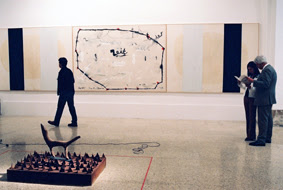 You are a person with a great sense of humor. You acquired new personal challenges-art?

I see most of my artistic practices as series of challenges or problems to solve. It's that wich makes me a Modern Artist, I think. It's not that the content is not important in the work, just exploring the artistic process is more important. Although I don't think my art is humorous, I do enjoy stepping back as it's nearing completion and feeling an enormous satisfaction with works as it comes to have a life of its own.

You see, an artist of the highest quality. I love his work. This has its own stamp and a story behind that surprise and wonder everyone.

Publicat per Patricia Pla a 0:16